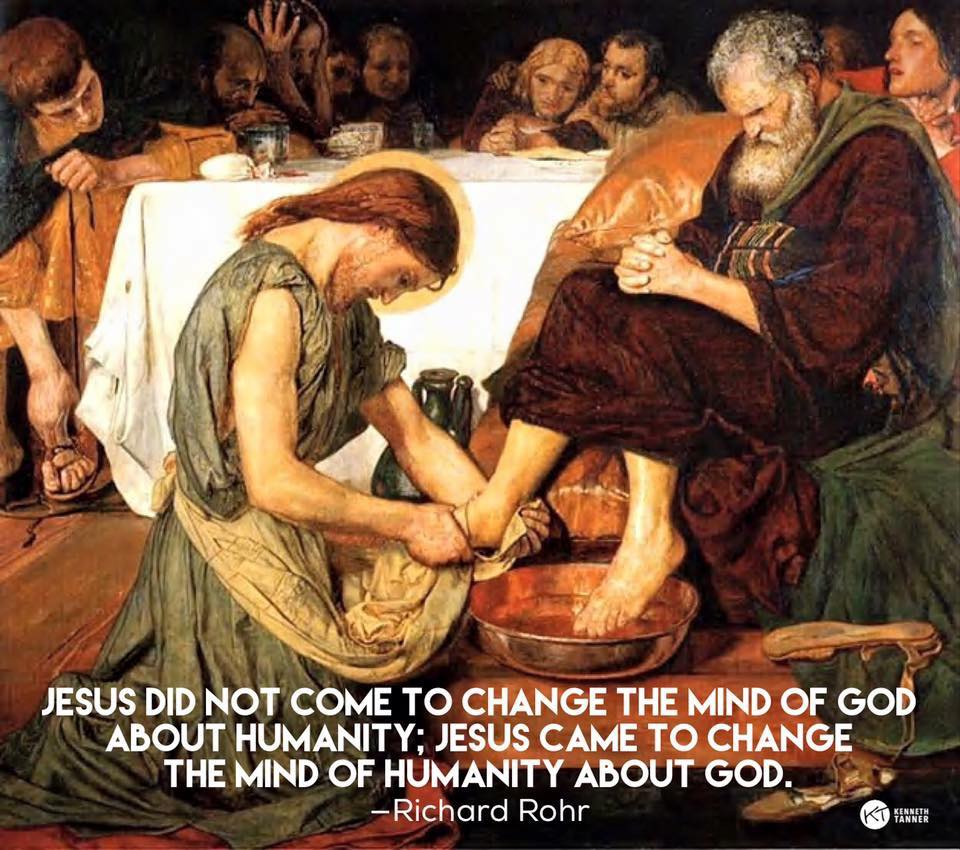 Penal Substitution blatantly ascribes the brutal treatment Jesus endured during his Roman Crucifixion on the Cross to God our Father in Heaven.

Was it God The Father who had beaten him beyond all recognition for our sins…No.

Jesus was handed over to the will of fear and devil driven men and women being used by Satan to nail him (our Lord of Glory) to The Cross.

If you see God with clenched fists in the heavens over The Cross taking his own anger, wrath and punishment out on Jesus for your infractions. I am afraid you need the eyes of your understanding opened a bit more so you can know him (The Father) better.

If you believe that Jesus on the cross was like a lightening rod taking all of God the Father’s wrath. The wrath that you deserve. This simply just isn’t the gospel truth.

When devil driven wicked men advancing the will of Satan standing at the foot of The Cross had finished crucifying our Lord of Glory and had then left him for dead. It was God heart which must have been weeping that sent His resurrecting power to raise him back up from the grave, having preached the same good news there as he had preached on earth, he took captivity captive and having led a procession out of the grave he then ascended him back home to his right hand side where he is now seated and dispensing supernatural gifts to all of us who will believe and receive and carry on the work he began and demonstrated for us here on Earth.

The day Jesus laid his weary head back and said

“Father, Forgive them for they know not what they are doing.”

He wasn’t asking God to forgive himself for taking his own wrath out on him.

He was actually asking God in Heaven to forgive his accusers.

The ones who were actually in fact deceived, blinded to the truth and being used by Satan himself in his failed attempt to destroy The Son of God.

The Son of God who came to reveal and demonstrate the Real Love and Heart of Our Father in Heaven.

Unfortunately, this teaching of penal substitution entered our christian thinking at the musings of a Mr. John Calvin who himself had a contemporary of his burned alive at the stake for disputing one of his many off theological stances.

To place this obvious work of hell and assault on Christ’s life to God Our Father’s  credit… is a lie.

God intervened and conquered hell’s plan that day on Calvary when he heard his son’s cry and raised him up from the grave! Conquering all hell had in it’s arsenal and power.

Don’t believe this common taught lie that makes God Our The Father out to be someone he is not.

God is Love and Christ came to demonstrate His Love for us here on this Earth.

“Fellow Israelites, listen to this: Jesus of Nazareth was a man accredited by God to you by miracles, wonders and signs, which God (himself) did among you through him, as you yourselves know. This man was handed over to YOU by God’s deliberate plan and foreknowledge; and YOU, with the help of wicked men, put him to death by nailing him to the cross. But God raised Him from the dead, releasing Him from the agony of death, because it was impossible for Him to be held in its clutches.…” ~ Acts 2:23-24

In His Love, Pastor Scott Boggs